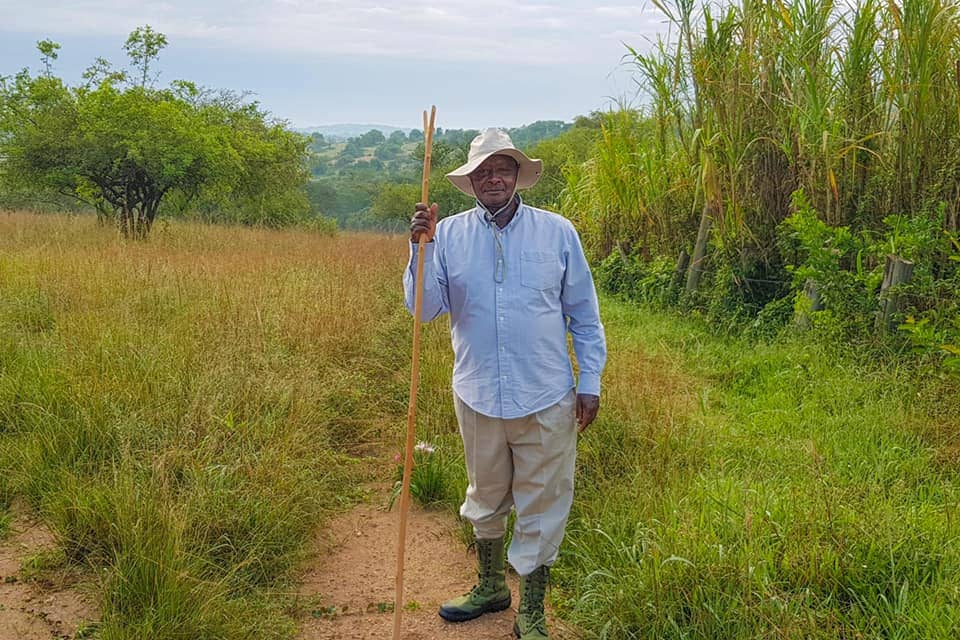 This’s a recollection of how Yoweri Museveni almost died when his mother turned up unexpectedly to visit him at work. It was always the characteristic of Dictator Yoweri Museveni to be hateful of his own blood. That’s why he never mentions his real biological father, Tomasi Kayibanda. 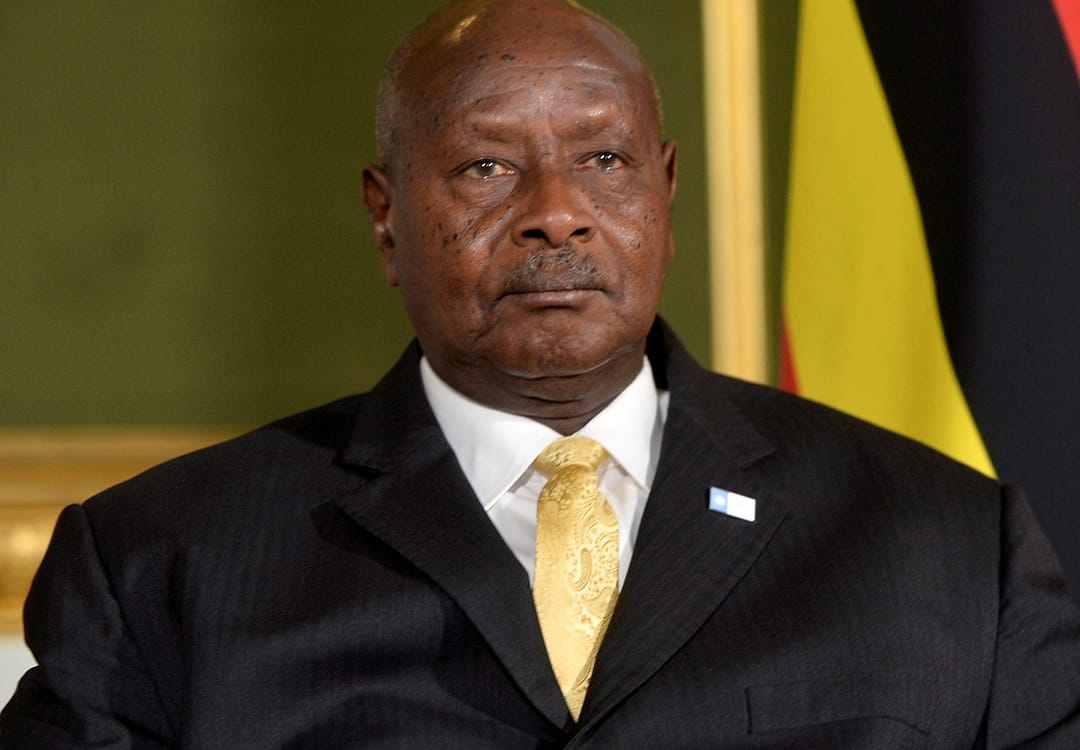 According to Dictator Yoweri Museveni, this incident happened to him:

I remember those early days after the fall of Dictator Idi Amin Dada, I would drive from my residence, Kololo to Kampala the capital city of Uganda.

The first thing I always did was to go to Nile Mansions, I think its now called Serena Hotel…You see sometimes I forget the names of buildings as I have built thousands of them in Kampala. Okay, where was I.. Uhh, driving to Nile Mansions was very important because I had to be there to prove that I was working.

While at Nile Mansions, I pretended that I could speak fluent Swahili better than the Tanzanians and never smiled with those Tanzanian and Badokoro (Northerner) fools that dominated the place.

I always remembered Franz Fanon’s theory, because I never wanted to be unnoticed. I made sure I did things to be noticed like; wearing two watches,wearing a shirt over a jacket,growing Joseph Stalin’s moustache, carrying an AK-47 instead of a pistol and Just like my mother when very hot, I wore woollen clothes, etc. This created a rhythm of existence and people started noticing me.

I first found out this in the Men’s Toilets. I was very shocked and almost fainted as some ghost from my past had written in broken English on the walls that:
ME IS KNOWING YOU VERY WELL! WHY HAVING CHANGE YOUR NAME FROM YOSERI RUTABASIRWA AND NOW YOWERI MUSEVENI!!

I wanted to die, but at the same-time afraid as my cover had been blown!
Eehh, I wondered if my Daddy’s  Ghost,Kayibanda  was here??
But not, because that Man had died, and his body burnt to make sure. Not possible!

I then remembered that my mother was in Butabika Mental Hospital and maybe she could have accidentally called me to bring her favourite Kinyarwanda beer, thinking that we were still in Butare,Rwanda.

I made sure that the nonsense written on the wall was removed before those Badokoro could find it.

While checking other toilets to make sure nothing was there, I bumped into Major General Musuguri the Tanzanian People’s Defence Forces(TPDF) Commander. when he asked me what I wanted and why I was acting in a suspicious way?? I answered him that, I wanted to make sure the toilets are clean. He shook his head and asked if I had left the Army and I was now a toilet cleaner?
I was relieved to hear someone like him confirming that I was in the Army. I thankfully saluted him

I immediately left the building and decided never to go back to Nile Mansions.
To my shock, my mother was outside laughing with my escorts and pointing at me….
I dismissed all the escorts and ordered the quarter guard boys to lock them up. Yes, I wasn’t prepared to put up with indiscipline.
I then drove back home and the following day I arranged for my mother to go and leave with my step brother and his father, Mze Kaguta.

I decided to move my office to parliament buildings were I could operate quietly with no suspicion around. Unlike at Nile Mansions, I could easily organise my people to access different armories and use the weapons clandestinely.

I had a strong belief that medical doctors and other prominent civilians deserved to be eliminated.

Next time I will discuss, how Prominent people were eliminated and the blame was put on Badokoro.