How pathetic that, Ugandans can shamelessly surrender their country, to a Rwandese Criminal??! Is this how Ugandans have embraced the culture of defeatism, to the extent were every wrong done to Uganda is considered normal?? 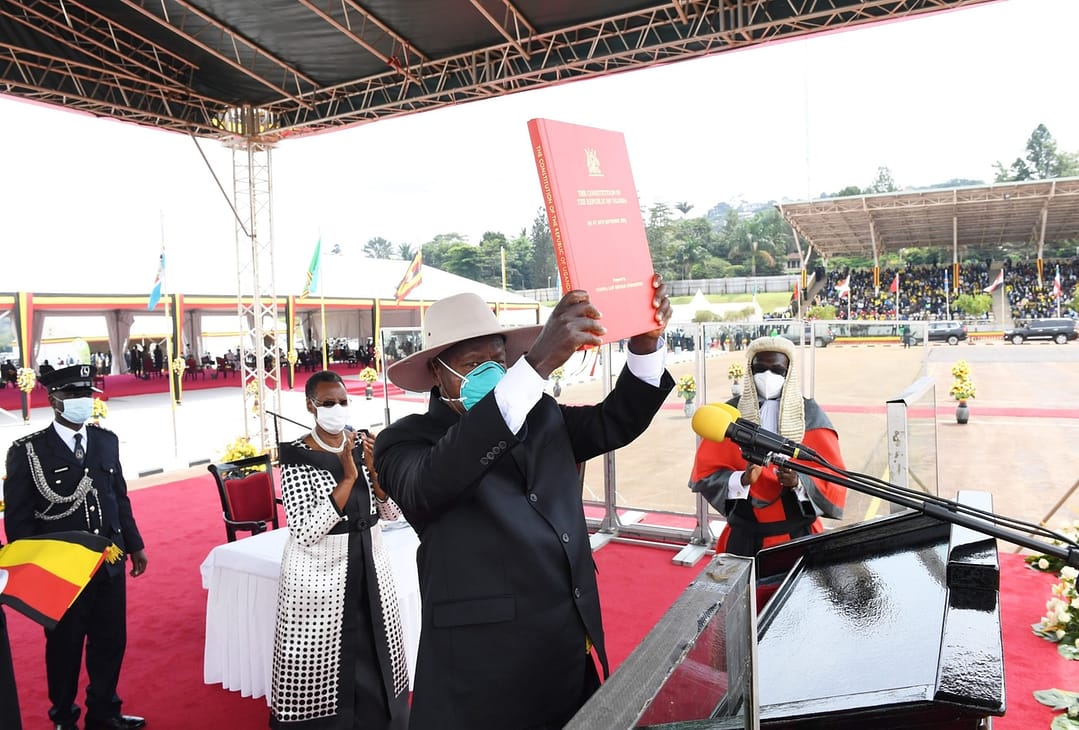 When the Chief Justice of the Republic of Uganda, conspires with betraying Uganda, by handing over instruments of power to Criminal Yoweri Museveni for the eighth time. Then, you begin to understand how the Uganda nation, has many traitors that are willing to surrender the sovereignty of their fatherland, to foreign criminals and parasites.

You can understand why the entire political establishment in Uganda, is a collective of sell outs and parasites. That’s why the mainstream political opposition is made of Dictator Yoweri Museveni’s spy masters, Army commanders, personal doctor, Singers and entertainers of security operatives, quark lawyers, drug dealers, etc.

Ugandans need to wake up from their slumber

The Ugandan people have become a victim of their occupiers, and have instead decided to sleep and watch in silence, as their country is torn apart by foreign hyenas. To the extent where the foreign hyenas decides who has to become leader in Uganda. Because of the poor choice of leaders imposed on Ugandans, 49% of eligible voters, didn’t bother voting in the just concluded elections.