WHY WOULD A UGANDAN STAY IN RWANDESE REFUGEE CAMP FOR 15 YEARS? 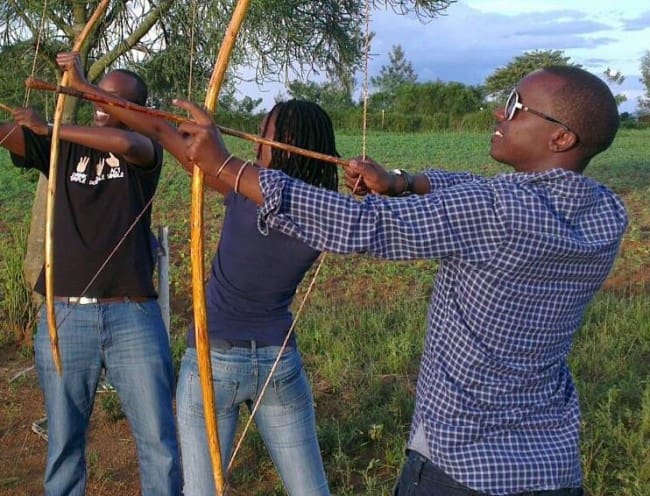 Museveni pushed for the inclusion in the 1995 Constitution of clause that identified Banyarwanda as one of the ethnic communities of Uganda. It came at a time when Rwandese (both migrants and refugees) were returning to Rwanda following the victory of the Tutsi RPF that ended decades of Rwandese Tutsi refugees. Returning or not returning to Rwanda from Uganda was a question of choice – moreover many of those who had returned had to return to Uganda when the going became tougher. Since then, army deserters, anti-Kagame dissidents, RPF economic investors, common criminal fugitives etc have all found safe heavens in Uganda. Rwanda and Rwandese are so intermingled in Uganda’s social, economic and political set up that when Kigali sneezes, Uganda develops a cold. That is why recently when Rwanda’s Gen Karenzi was arrested by the UK, Banyarwanda/Rwandese planned a big demonstration in Kampala.

Who are these Rwandese/Banyarwanda in Uganda? How may are they? What is their resident status? Which geographical area are they found? Do they owe allegiance to Rwanda or Uganda? Do they know that they were granted citizenship? Why would a citizen of Uganda seek shelter in a refugee camp for 15 years?

Some of the answers to the above questions are found in the scenario below:
June 2015, in Kiruhura district, Nyabushozi country, Kayonza (not Kayonza of Kibungo in Rwanda) parish, two families (late Bishop Shalita and Late Chiristopher Kajundira)are having a bitter land conflict. A Rwandese national Isaac Ndahiro who is a nephew to late Bishop Shalita is backed by Uganda’s Police Chief Gen Kalekyezi to evict their rival late Kajundira family from the disputed land.

Earlier in 2000 the same Isaac Ndahiro had attacked the same late Kajundera family using private security personnel. It is alleged that during the attack, three family members were shot dead while others were injured before the victims fled to the Rwamwanja Refugee camp where they stayed for 15 years!!!

The conflict is alleged to have been brought to the attention of Museveni who tasked his close aides to investigate. In 2010 the Principal Private Secretary (PPS) to the President received a report from the RDC Kiruhura which among other highlights pointed out thus: “Ndahiro who stays in Rwanda only comes to harass the community” before appealing for higher authorities to reign over Ndahiro. Imagine a RDC has no authority to deal with a rogue Ndahiro but can intervene in the freedom of assembly of powerful Ugandan opposition leaders!!!!

Currently the affected family of the late Kajundera under his elder son Muhoozi is temporarily residing at Ruhengyere (not the Ruhengeri of northern Rwanda) government farm which is near Rwandaorwera. This was resolved by a top district leadership meeting that was chaired by the Kiruhura district NRM Chairman Amos Nzeire Kaguta (young brother of Museveni). It looks like the matter is now being handled by the party instead of government institutions. Unfortunately, the late Chistopher Kajundira family erred by not having some of their family members to serve in the military or civil service either in Uganda or Rwanda because that is where power and influence lies.Bishop Shalita had a son (Lt Shalita) in the Uganda military who was serving under Uganda Revenue Authority before he was mysteriously shot dead in Bukoto allegedly in a scheme masterminded by Gen Jim Muhwezi.

Congo demonstrated extra ordinary hospitality to Rwandese immigrants and refugees (Banyamulenge) and it is now paying with blood. The Rwandese/Banyarwanda community has no problem, its the national leaders who have used and abused their presence. In Congo, before the Tutsi took over power in Rwanda the Banyamulenge were living in harmony with other Congolese communities.

Museveni does not like Ugandans to point out such anomalies lest they risk being branded sectarian.

Amama Mbabazi is Addicted to Stealing

A Norwegian Goes Missing in Uganda