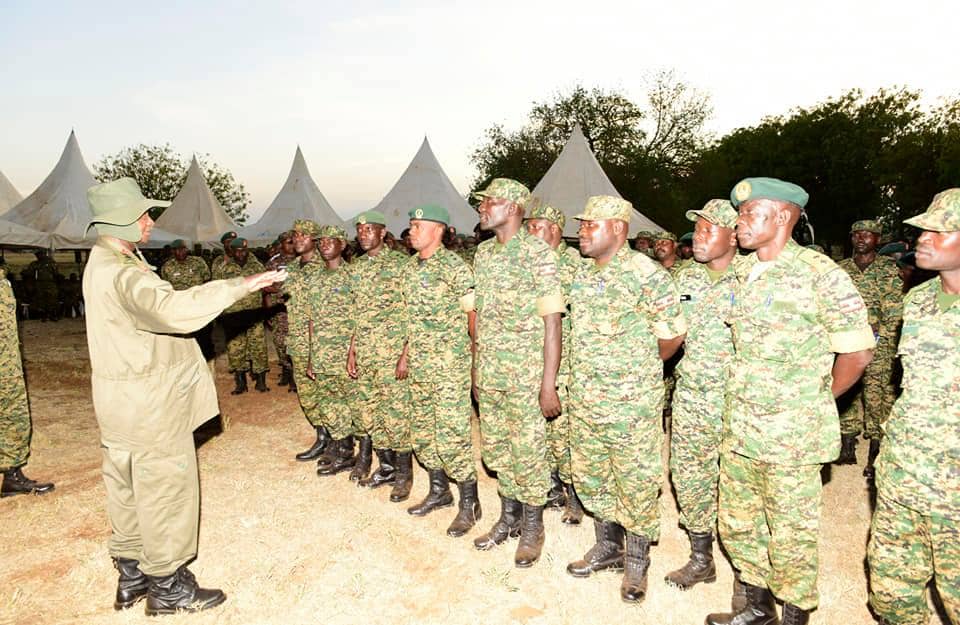 After twenty four years, the Uganda dictator has confessed that his thugs committed crimes in Teso,Uganda. The war criminal seems to think as always, that Ugandans are stupid and don’t know what takes place in their country. For criminal Yoweri Museveni to call for fresh investigations against his militia who could have committed horrendous atrocities against the civilian population in Teso sub-region in the early 1990’s, is an insult to the victims that asked for the same 24 years ago. However, his public confession should be considered as a handball around the goal of justice. Otherwise,this is another hopeless attempt at trying to do away with a brutal past, Justice delayed is justice denied, Where will they get the evidence and the right information from, as many witnesses have already died and their children have already grown as uneducated and traumatised.  Its very clear who roasted 300 young boys in railway wagons at Mukura, Teso sub-region- by setting fire under the train wagons.

The investigation is meant to find any surviving witness to murder in cold blood, as the long arm of justice-seems to be creeping on the war criminal. When they fail in that, a whitewash report sponsored by the enemies of Ugandans, will be slapped in their face to silence the whispering voices of the dead.

If the witnesses were alive and also felt safe, they could attest to what really happened. In fact, all the NRA/UPDF actions at the time, were strictly being directed and monitored by the so called “high command ” that happens to be criminal Yoweri Museveni.

Only a government post- dictator Yoweri Museveni and his henchmen will be competent, impartial and objective in regard to these and other crimes the dictatorship has committed over the last 27 years.

As always, nothing has improved  since the roasting of 300 young boys- freedom of expression and peaceful assembly have constantly been under attack by the dictatorship. The Military and security forces use lethal force, harassment, torture, illegal detention and murder to quell opposing politicians, journalists, civil society organisations and protesters-NGOs and journalists trying to expose irregularities and corruption by the dictatorship and human rights violations by the security forces are intimidated and attacked . Human Rights defenders are unlawfully targeted  as ‘terrorists’ to hinder the legitimacy of their activities.

The Uganda Oppressive regime continues to Brutalise the People